Muhammad Ali. There’s not much that can be said about the late three-time World Heavy-weight champ that hasn’t already been said.

Born Cassius Marcellus Clay on January 17 1942 in Louisville Kentucky, Clay/Ali would go on to become known as the greatest fighter in Ring history. He’d win the World championship three times. He’d capture Olympic Gold at the 1960 Rome Olympic Games. A number of books would be written about him and movies would be made about his amazing ring career. Songs would be sung about him. He’d go on to become one of the best known faces on the planet. But through it all, he stayed the same. No matter where he was, he’d always make time to stop and talk. He loved children. He could walk into a room anywhere and make everyone there stop whatever they were doing.

During his amazing ring career, he’d beat a number of the best that ever fought. Names like Patterson, Chuvalo, Liston, Moore, Cooper, Terrell, London, Quarry, Folley, Ellis, Frazier, Norton, Wepner, Foreman, Shavers, Spinks, and Holmes would all become part of Ali history. Fighting in only his 21st Pro fight, and still known as Clay, Cassius would stop defending champ Sonny Liston on February 25th, 1964 to capture the Heavy-weight championship of the World in Miami Beach Florida.

After beating everyone he faced, he’d make the ninth defense of his World title against Zora Folley on March 22nd 1967, scoring a seventh-round TKO at the famed Madison Square Garden in New York City in front of a crowd of 13,780 fans. It would be the last time that he’d fight for over three years. He was stripped of the Heavy-weight crown for refusing to be drafted into the US Army. 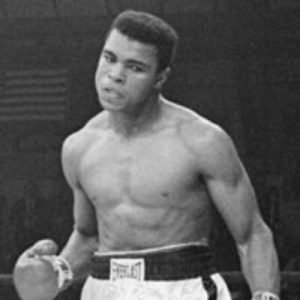 On October 26th 1970, Ali made his return to the ring in Atlanta Georgia and scored a third-round TKO over the tough Jerry Quarry. He’d follow that win up with a 15th round TKO of Oscar Bonavena on December 7th of that year in front of 19,417 fans at the Gardens in NY City. The still undefeated Ali would take his record of 31-0 into the ring against “Smokin” Joe Frazier on March 8th 1971 and suffer defeat for the first time, losing a hard fought decision in what was called “The Fight of the Century”.

The fight would be shown in 50 countries and would be broadcast in 12 different languages from ringside. Frazier would score the only knockdown in the fight, sending Ali to the canvas midway through the 15th round with a hard left hook that landed flush on Ali’s chin. Ali beat the referee’s count and fought back for the rest of the fight.

The two ring greats would fight twice more with Ali scoring a decision in the second meeting between the two on January 1st 1974 and then he would stop Frazier at the end of round 14 in a bout that was billed as “The Thrilla in Manila”. (The first bout between Ali and Frazier was seen by an estimated 300,000,000 fans around the World).

Following his loss to Frazier in their first meeting, Ali would win 10 fights in a row. One of those victories would be a 12-round decision over Canada’s George Chuvalo on May 1st 1972 in Vancouver BC. The two had met on March 29th 1966 at Toronto’s Maple Leaf Gardens with Ali scoring a decision over the iron chinned Canadian to retain his World championship in a hard fought 15-rounder. Former sports reporter Charles Foster who was covering the bout at ringside that night for CKEY Radio remembers the bout well. Foster, now 93 years old and living in Riverview NB had the following to say about the hard hitting affair: “For a while it looked as if Chuvalo was going to win the bout. Ali never came close to dropping Chuvalo and in my mind Chuvalo had done enough to win.” 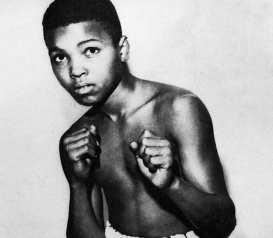 On March 31st 1973, Ali would lose for the second time in his career, dropping a close 12-round decision to the hard hitting Ken Norton and suffer a broken jaw along the way. The two would fight twice more and Ali would capture decision wins in both of those bouts. After beating Frazier in the second bout between the two, Ali would score a stunning eight-round knockout of defending World champ George Foreman on October 30th 1974 to become only the second man to ever regain the Heavy-weight title (Floyd Patterson being the first).

The Ali-Foreman bout was called “The Rumble in the Jungle” and was shown in 100 countries on closed-circuit TV. Ali used what was to become famous as the Rope-A-Dope and tired Foreman out before ending the bout at 2:58 of round eight with Foreman on the canvas (Ali would score a stoppage win of Frazier in the rubber match between the two on October 1st 1975 in defense of his World title).

Following his second win over Frazier, Ali would beat Jean-Pierre Coopman, Jimmy Young, Richard Dunn, Ken Norton, Alfredo Evangelista and Ernie Shavers in title defenses. Then on February 15th 1978 the boxing world would be shocked when Ali lost his World title to Leon Spinks by a 15 round split decision in Las Vegas Nevada. (Spinks would only be fighting his eighth Pro fight the night he scored one of the biggest upsets in boxing history, beating Ali by scores of 145-140 and 144-141 while losing on the third scorecard by a score of 143-142). The two would meet again and Ali would make ring history by becoming the first fighter to ever win the World Heavy-weight title three times by earning a 15-round decision in front of 63,350 fans at the Super Dome in New Orleans Louisiana. The win over Spinks would prove to be the final one in Ali’s career. 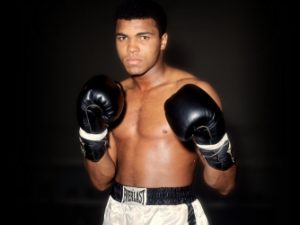 On October 2nd 1980, the undefeated 35-0 Larry Holmes would score a TKO win over Ali with the bout ending at the end of round 10 with Ali unable to defend himself in defense of Holmes WBC World championship. (It would be the only time that Ali would be stopped during his 61 fight career). Ali would fight for the last time on December 11th 1981, losing a 10-round decision to future WBC champ Trevor Berbick who had gone 15 rounds with Holmes on April 11th 1981 in challenge of Holmes’ World title.

Ali’s final ring record was 56 wins (37 KOs) and five losses. Ali/Clay will be remembered for not just being a great fighter, but also for being a great man. He once talked a man off of a window ledge who was threatening to end his life. He did much in trying to spread peace around the World. Charlie Foster added the following about Ali. “When someone like Ali lives on this earth, it’s just so much to be grateful for. He was the sort of person whose memory will never fade for all the good things that he did both in and out of the ring.”

Doaktown’s Dwayne Storey, a former Pro fighter and well known promoter says that Ali was his first hero and there will never be another like him. Former Moncton Pro boxer Roger Doiron penned a tribute to Ali upon hearing of his passing: 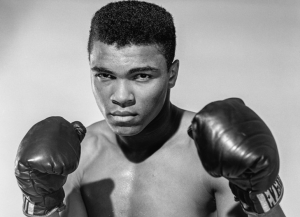 Ali had been sick for a number of years with Parkinson’s Disease. Even after all the years since his last fight, one would be hard pressed if any conversation about the Sport of Champions wouldn’t include Ali’s name. His funeral took place in his hometown of Louisville with former US President Bill Clinton, a long-time friend, set to deliverthe eulogy. The 74 -year old “Champ” died too soon.

*This article was authored by Paul Doiron, with contributions from Roger Doiron, and posted by Nick DeLong*