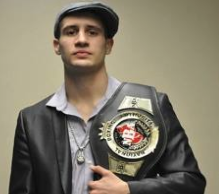 From the minute some people walk through the door of a boxing gym, you can tell that they are going to be something special. Such would be the case with Stuart McLellan.

Born on October 3rd 1986 in Nova Scotia, McLellan would fight 45 times as an Amateur boxer and would go on to win both the Alberta Golden Gloves and the BC Golden Gloves twice as well as capturing a Silver medal at the Canadian National Championships.

Trained by his father Gary from the first time he put on a pair of boxing gloves, Stuart would make the jump to the punch for pay ranks on July 21st 2007, fighting to a draw against the tough Darren Darby in a bout fought in Richmond BC. Following a win over Antonio Dos Santos on October 27th, McLellan would face Darby in a re-match on December 28th to close out 2007 with a decision win.

The Williams Lake BC based McLellan would only fight once in 2008, scoring a decision over QC’s Jacques Elie Bien Aimé. McLellan would continue his winning ways, beating Roland Vandal and Cory Houston in his only two fights of 2009. He’d score a stoppage of Vandal on May 2nd and out-point the rough and tough Houston on August 7th. Stuart would start off 2010 right where he’d left off in 2009. On March 6th he’d face fellow Nova Scotia born Ted Reno and win a hard fought decision in the Calgary bout.

Three months later, McLellan would fight to a draw against the always willing Paul Bzdel in a September 17th bout in Calgary. (The Saskatoon based Bzdel would go on to challenge for the Canadian title three times, dropping hard fought decisions to Fredericton’s Brandon “L-Jack” Brewer on February 1st 2014, Francis Lafreniere on June 28th 2014, and Shakeel Phinn on February 27th of this year as he just came up short in winning the big one).

2011 would start off with McLellan scoring a TKO over Jesse Seberg on August 20th in Medicine Hat AB. Less than a month after the stoppage win over Seberg, McLellan made his way to Moncton to face ON’s Julius Bunda in a fight for the CPBC Canadian Middle-weight title in a fight fought at Casino NB in the Hub City. The bout saw lots of great back and forth action right from the opening bell with both fighters having their moments. When all was said and done, the 10 rounder ended in a draw in a bout that most fans had McLellan winning. It would then be over a full year before McLellan would fight again.

A second trip to Moncton would see McLellan scoring a decision over ON’s solid chinned Chris Aucoin in his only fight of 2012. On September 21st 2013, Stuart would fight in Nova Scotia for the first time as a Pro when he took on QC’s Francis Lafreniere in Halifax over 10 rounds. (NB fans will remember Lafreniere twice fighting Brandon Brewer. Their first fight on October 20th 2012 ended in an eight round draw and Brewer scored a decision over the QC fighter on June 15th 2013 in a pair of action filled hard hitting bouts). McLellan scored a decision over Lafreniere. 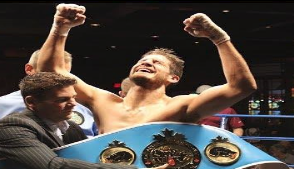 Since dropping the decision to McLellan, Lafreniere has won nine fights in a row, scoring five stoppage wins and he’s won both the Canadian (CPBC) and IBF International Middle-weight titles and is fast becoming a huge fan favourite whenever he fights in the Belle Province. (In his biggest win, he scored an upset over former World ranked Renan St. Juste on January 30th of this year).

A third trip to the Hub City on March 8th 2014 saw McLellan scoring a decision over QC’s undefeated John Alejandro Gonzalez in a bout fought for the Eastern Canadian Middle-weight title. The bout fought at Casino NB had the fans on hand standing and cheering the two talented fighters who put on a fight filled with lots of non-stop all out action. Before the end of 2014, Stuart would score two more wins, beating Steve Conkin by TKO on June 26th and then scoring another decision over Antonio Dos Santos on November 21st with both fights taking place in Calgary.

2015 would prove to not be a very good year for McLellan. On March 20th, Stuart would lose for the first time as a Pro when he dropped a hard fought split decision to Ryan Wagner in a bout fought in Edmonton AB. (Wagner would fight some tough fighters during his career, beating the undefeated Cody Ries (6-0) and Rory Coveney (7-0) while losing a decision to Samuel Vargas (5-0)). Then on September 18th of 2015, McLellan would face Calgary’s Steve “The Dragon” Claggett in a bout for the CPBC Canadian Welter-weight title in Calgary.

Earlier in the year, Claggett had dropped a decision to the 26-0 World ranked Konstantin Ponomarev in a bout in Colorado and entered the bout against McLellan with a record of 22-3- 1. McLellan just couldn’t seem to get on track and he’d be stopped in round three by the hard hitting Claggett. McLellan would then prove that you can’t keep a good man down.

He’d return to action five months later against one of Canada’s hottest fighter when he took on knockout artist Janks Trotter in Calgary for the CPBC Canadian Super Welter-weight title. Trotter had won all nine of his fights by knockout and had proven to be a fighter who could put you to sleep with either hand. He held knockout wins over Paul Bzdel, Richard Reittie, Jordan Clarke, Phil Rose, and former World ranked Walid Smichet, having stopped the Quebec based Smichet in 47 seconds of the very first round on October 25th of 2014.

McLellan would out-box Trotter, capturing a 10 round decision. Since the impressive win over Trotter, McLellan has made three trips to Mexico and scored three brutal knockouts. With his Pro record now standing at 16-2- 3 with six knockout wins, it’s just a matter of time before he breaks into the World rankings. He’s proven himself to be a real deal both in and out of the ring. While in Mexico, he’s spent time with a number of young people, kicking around a soccer ball as well as showing them a few boxing moves in the gym. He’s taken the time to sit and talk to whoever wants to say a few words.

This past week, McLellan made a stop at Moncton’s FISTS Boxing Club. He shook hands with every single person there and gave a few pointers to some of the budding young fighters. He sparred several rounds with Moncton’s Marcel Maillet JR who was training for a fight in early August in Halifax.

Ray Doiron, who runs FISTS had the following to say about McLellan. “It’s great to see a fighter on his way up taking the time to stop and spend time talking to young fighters. Stuart is a class act. He spent about an hour shaking hands with the kids here and it was easy to see that they were thrilled to meet him!”

McLellan hopes to stay busy, fighting several more times before the end of the year. This guy can really fight and fans will no doubt be hearing lots more about him as he continues moving forward. Stuart McLellan; World title challenger has a nice ring to it!